To all you Hockey Fans out there – Happy Hockey Season!

No this post isn’t about the NHL and NHLPA deal that was reached earlier today, but it is about sports…….sort of.

Over the years my boys and I have had numerous animated discussions regarding what does, and does not, constitute a sport. Both my sons speak from a position of expertise on this, since one is a sports broadcaster and the other played every possible team sport in junior high and high school.

Me: “Boxing shouldn’t be a legal sport.”

Them: “What? Muhammad Ali was one of the greatest athletes ever! And pugilism is the oldest sport in the world.”

Me: “Yeah I know, but there’s something wrong with a sport that requires contenders to knock their opponent out. Doesn’t that mean render him unconscious?”

Youngest Son: “Mom remember my best friend used to be an amateur boxer – he won most of his matches y’know. He wants me to start boxing too and I’m considering it. It’s an awesome fitness regime.” (Okay he probably didn’t use words like ‘fitness regime’)

Me: “Yes I know your friend was a fine young boxer, but please don’t you start boxing – you’ve already had one too many concussions.”

My youngest son’s friend no longer boxes because he doesn’t want to take any more blows to the head. My son quit playing football and rugby because he didn’t want to sustain any more head injuries. Thank you Lord.

Me: “Say what? They most certainly are. Ever watched the Kentucky Derby or Grand Prix show jumping?”

Them: “Yeah but Mom the horse does all the work and the rider just sits there.”

Me: “As one who did plenty of show jumping when I was younger, I can assure you the rider is half the talent on the horse/rider team. I’ll admit the horse is the superior athlete of the two, but riders are still athletes. Riding takes real core strength. Riders have – and there’s no delicate way to put this – really tight toned buttocks, as well as strong quads and inner thighs, firm calves, strong abs………”

Them (grimacing): “Okay enough – don’t need to hear my Mom talk about buttocks.”

I suspect since seeing the movie ‘Secretariat’, they might admit that riding is indeed a sport.

This one just the other day with my husband:

Me: “Do you think I could sell the idea of a Gardening Talk Show to our local Sports Radio station. I could call it Not Another Gardening Show”

Me: “Why not? If they have poker tournaments on Sports TV, why not a gardening show on Sports Radio.”

Me: “No it’s not. And if it is, then gardening should be considered a sport too – it requires way more physical exertion.” (We can both attest to this – so can our backs, knees, hands and wrists. And I bet if you talked to an ER doctor they’d tell you they’ve seen some nasty gardening wounds.)

Him: “Because it’s not competitive.”

Me: “Oh but it is – there are major gardening competitions all over the world.”

The conversation ends here – he’s still not buying it.

My husband isn’t particularly competitive, at least not when it comes to gardening. He’s in charge of the vegetable garden and the lawn, but he’s not one of those ‘Lawn Ranger’ guys riding around on his John Deere mower (though I bet he would if he had one). And while he grows a mean tomato, he isn’t into growing ridiculously large squash or pumpkin, just so he can say ‘mine’s bigger’. I guess it’s understandable then, that he doesn’t think of gardening as a sport.

According to Wikipedia: ‘Sport is all forms of competitive physical activity which,[1] through casual or organized participation, aim to use, maintain or improve physical ability and provide entertainment to participants.’

I like to divide the sport of Gardening into 5 categories too:

So folks if gardening isn’t a sport I don’t know what is.

2 comments on “Gardening is a Sport Right?” 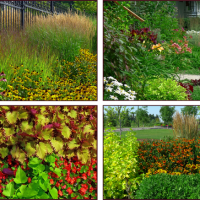 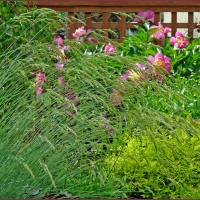 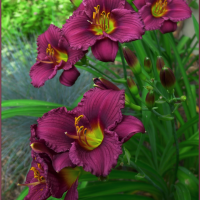